In the framework of the NEXT STOP project, socio-cultural interventions were promoted along the green line of the Lisbon Metro – stations Martim Moniz, Intendente, Anjos and Alameda – aiming at the valorization of the communities of national citizens of non-European countries:

“During 4 weeks, we sought artistic proposals to integrate a project for socio-cultural intervention at Metropolitano de Lisboa, aiming at the development of activities focused on the material and intangible cultural heritage of the different communities living in the city of Lisbon, specifically in the vicinity of the axis defined by Martim Moniz and Alameda Metro stations.” 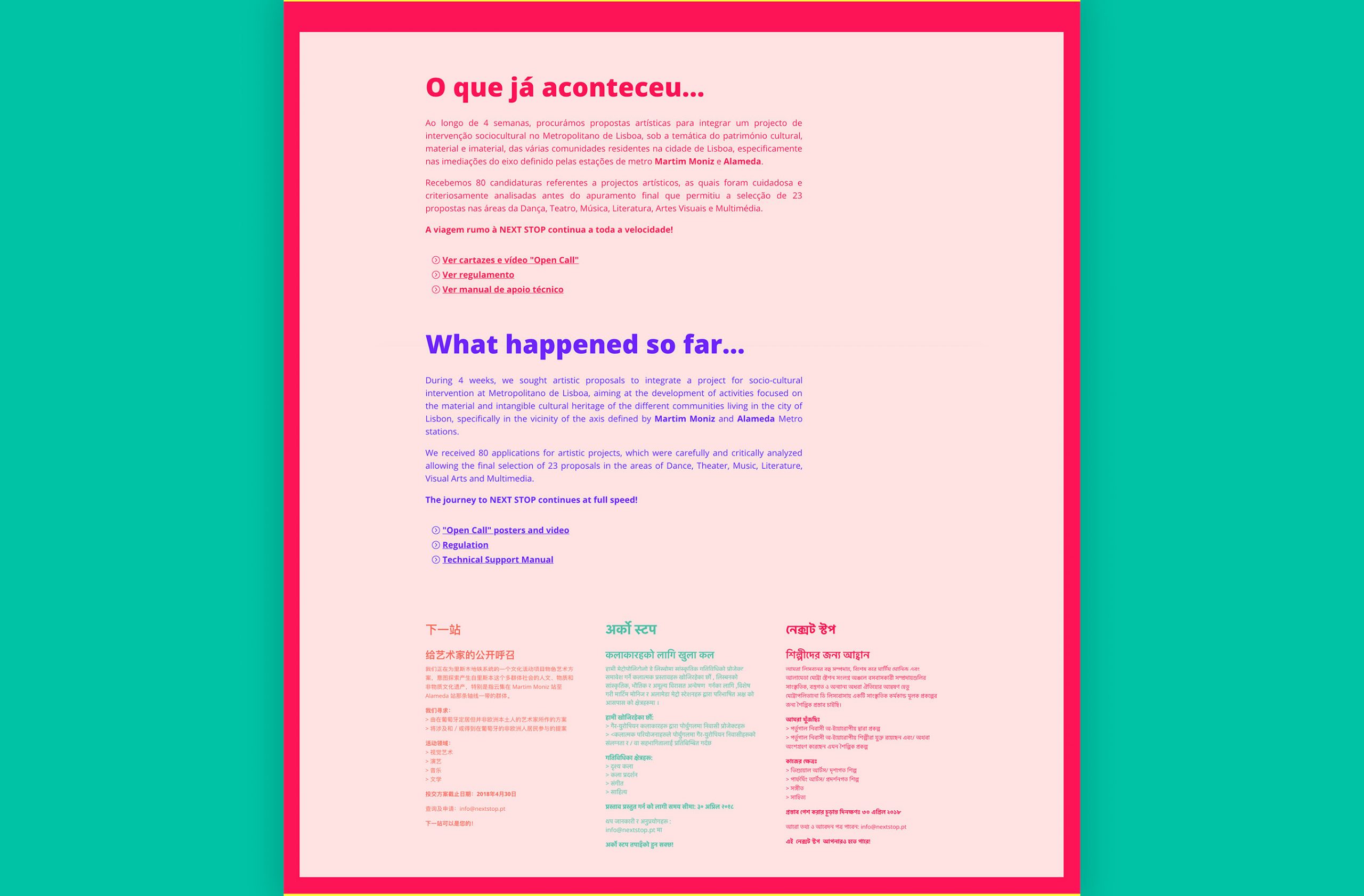 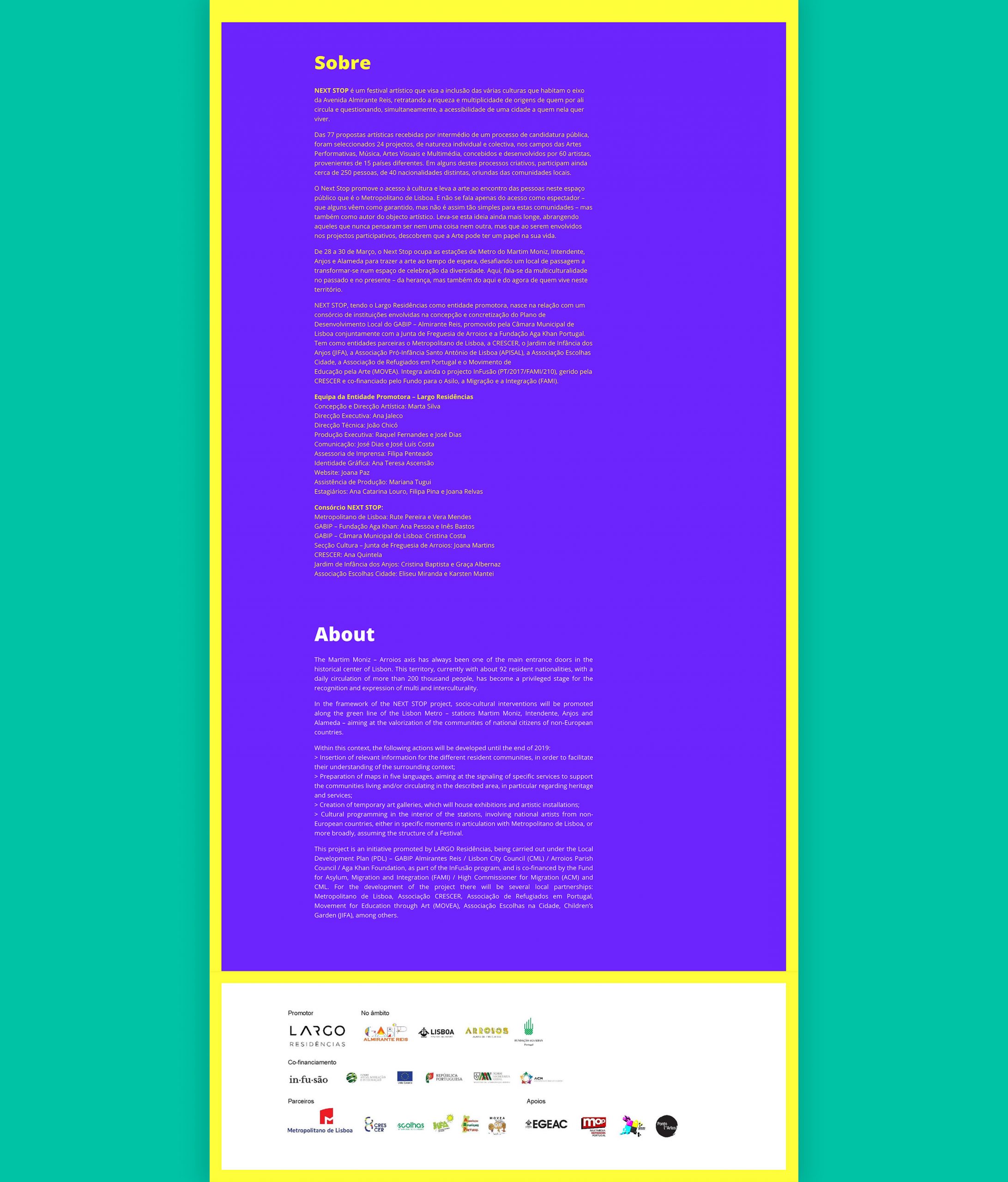 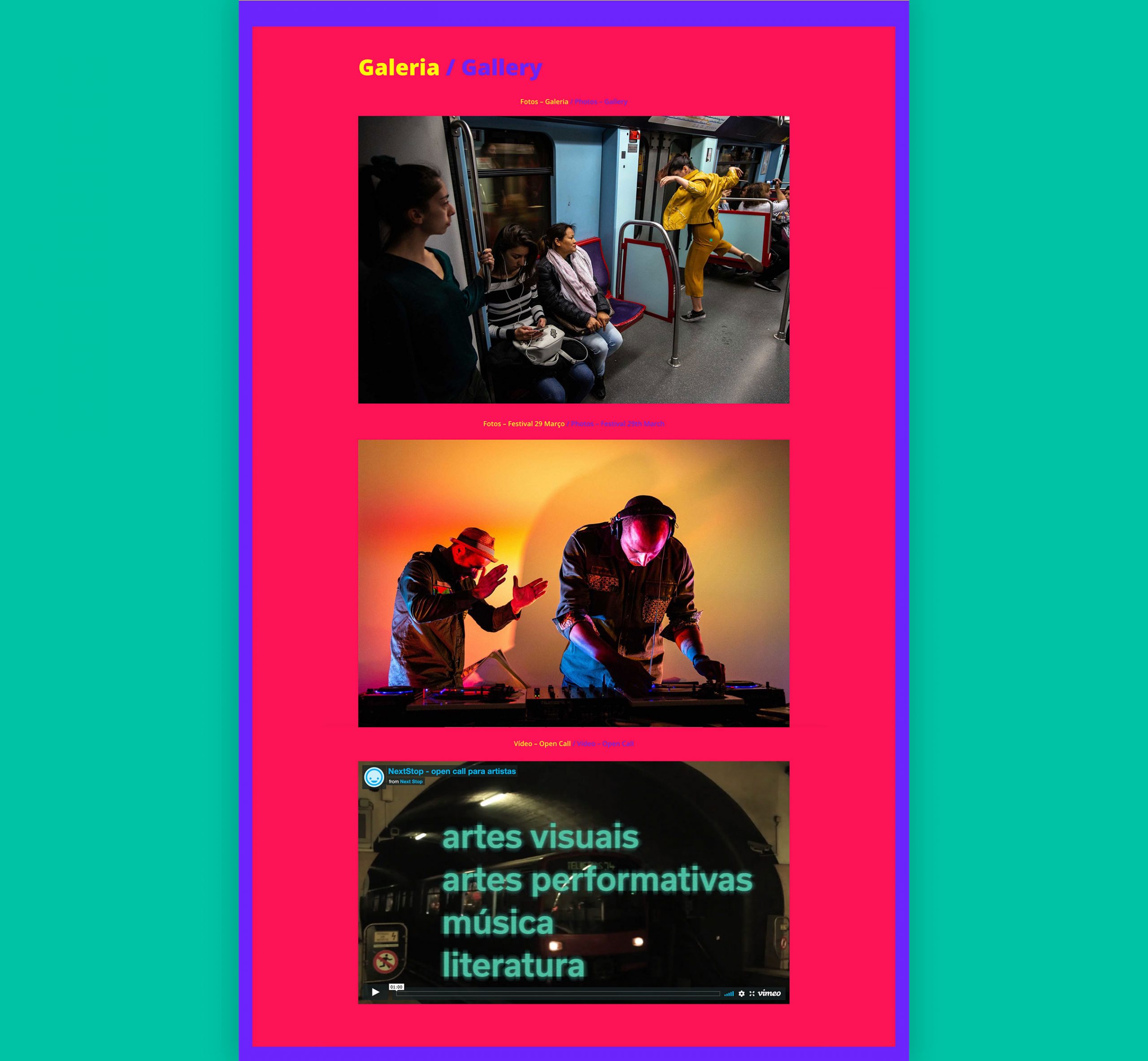