Website designed and developed for the Portuguese National Funding Agency for Science, Research and Technology, the Institute of Social Sciences of the University of Lisbon, the Center for Research and Studies in Sociology, and the Center for Geographical Studies of the University of Lisbon. Based on the cartography developed in an academic research project, it shows the implementation from a specific angle, that of its spatiality and the location of rehousing within the city of Lisbon:

“The geo-referencing of the approximately 30,000 dwellings surveyed in the LMA in 1993 allowed us to study the transfer of populations across the metropolitan space, from informal settlement to rehousing estate. This was a research lacuna on the PER and it tells us a number of things regarding the different municipalities’ implementation models as well as regarding the populations’ right to the city. Based on the cartography we developed in the project, which was the base for the PER atlas, here we show the implementation of the PER from a specific angle, that of its spatiality and the location of rehousing within the city.” 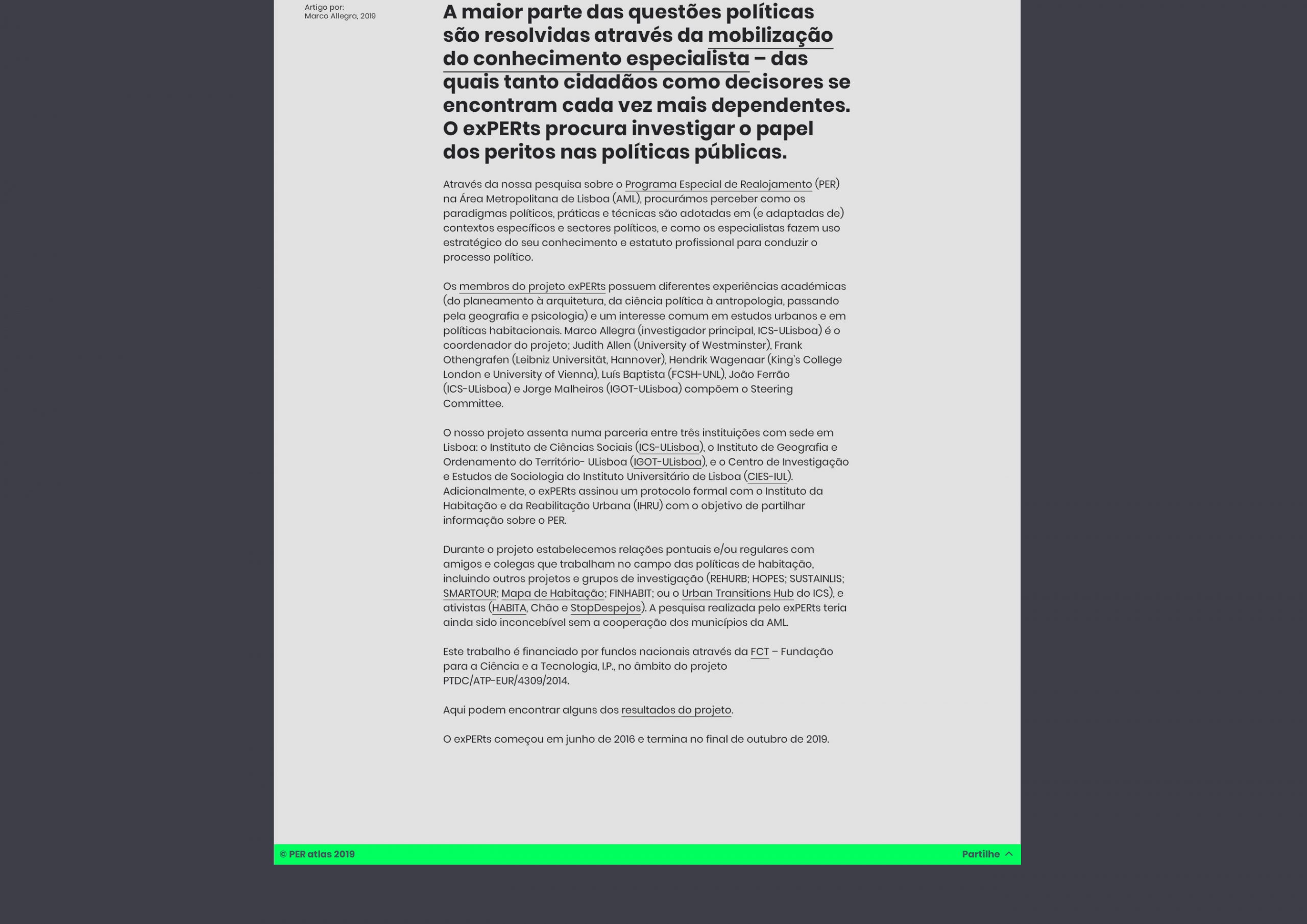 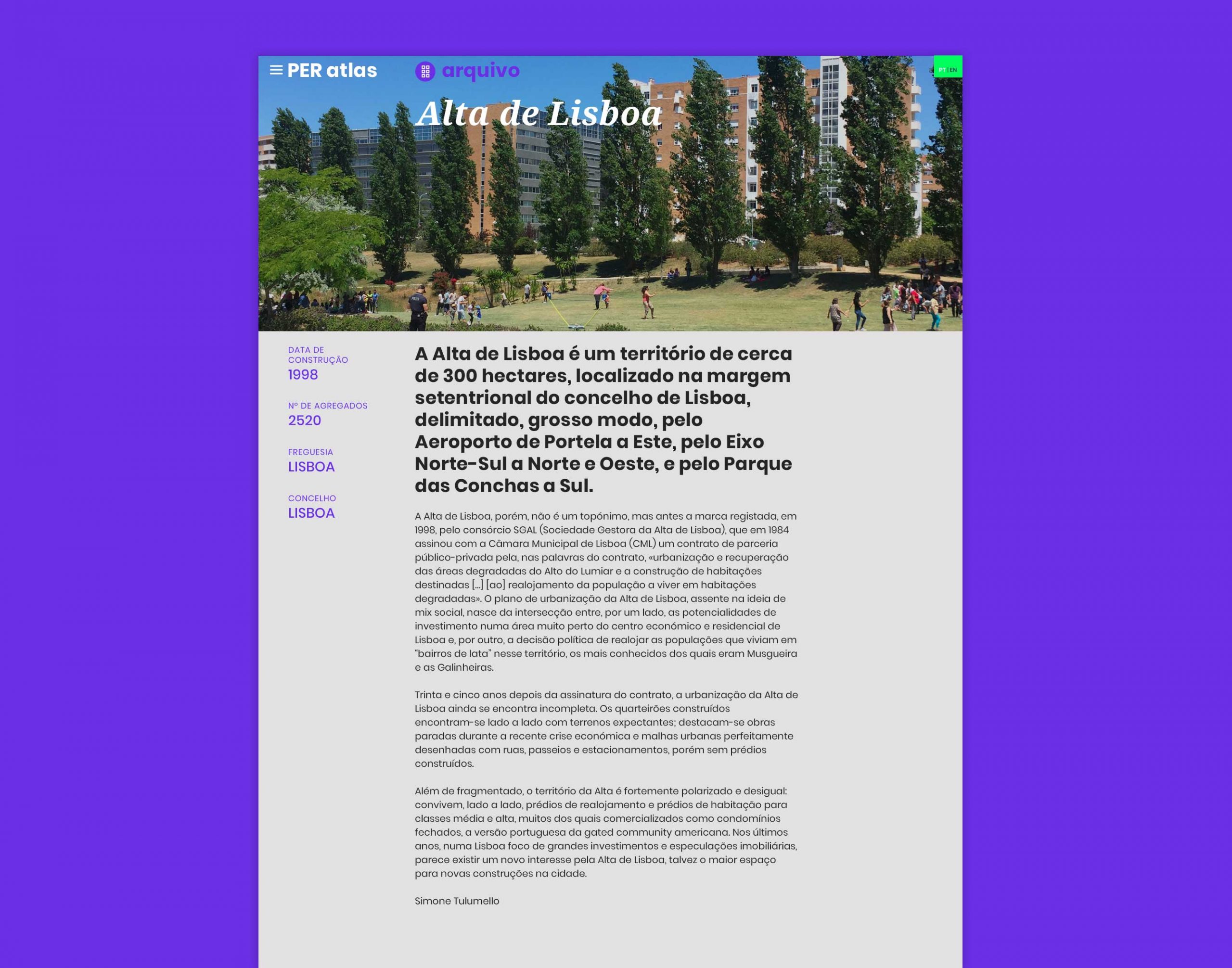 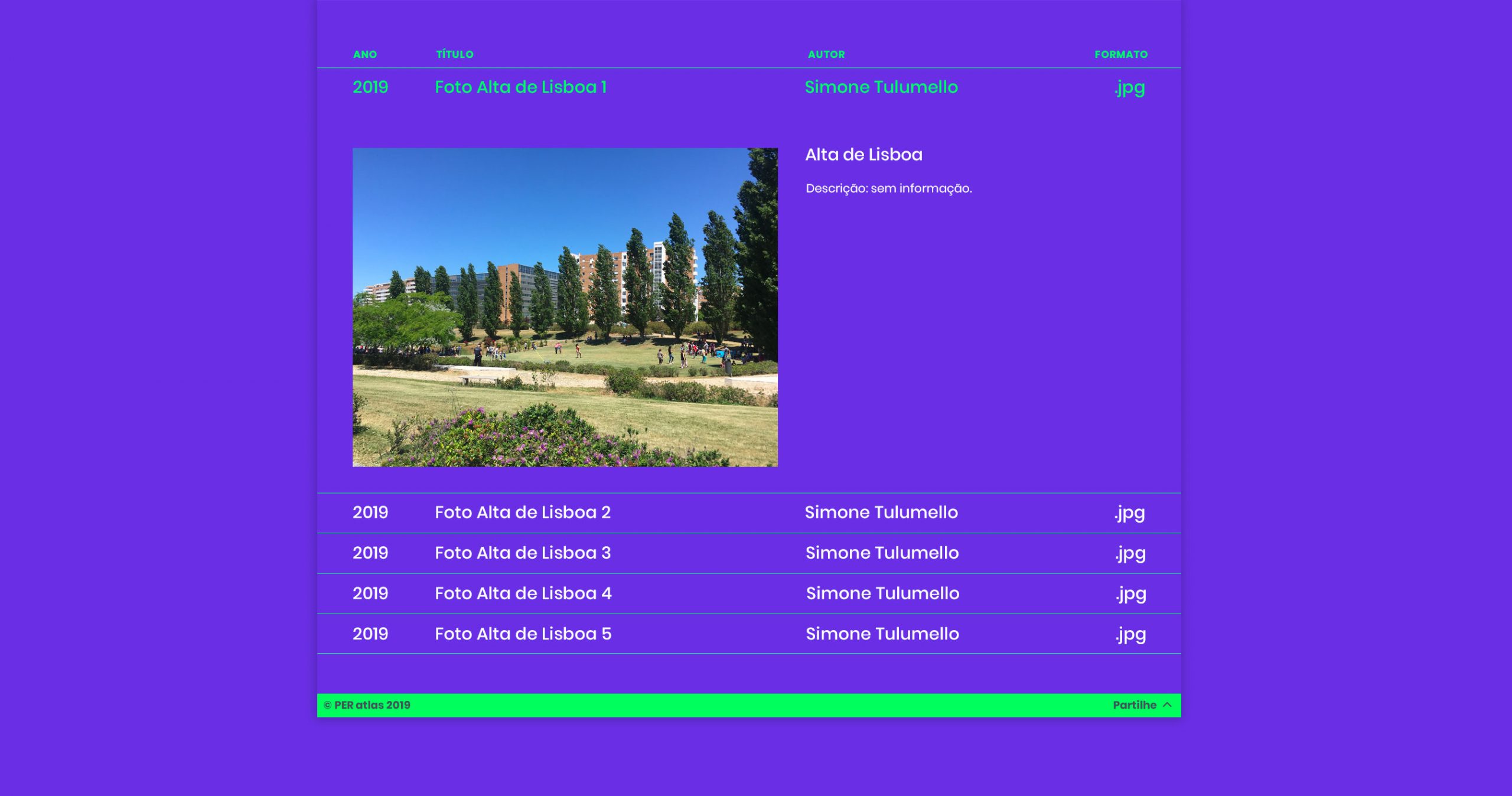 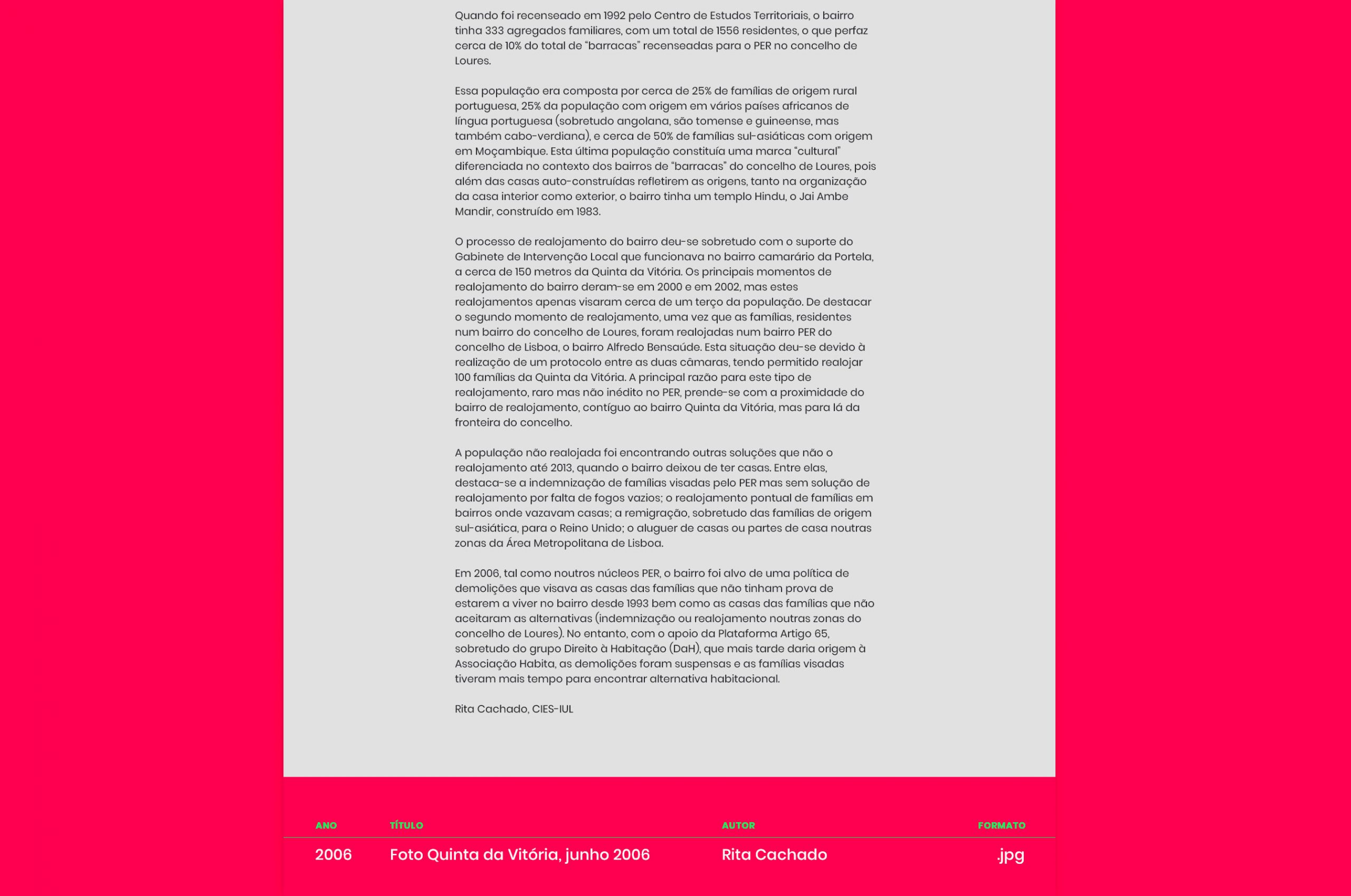 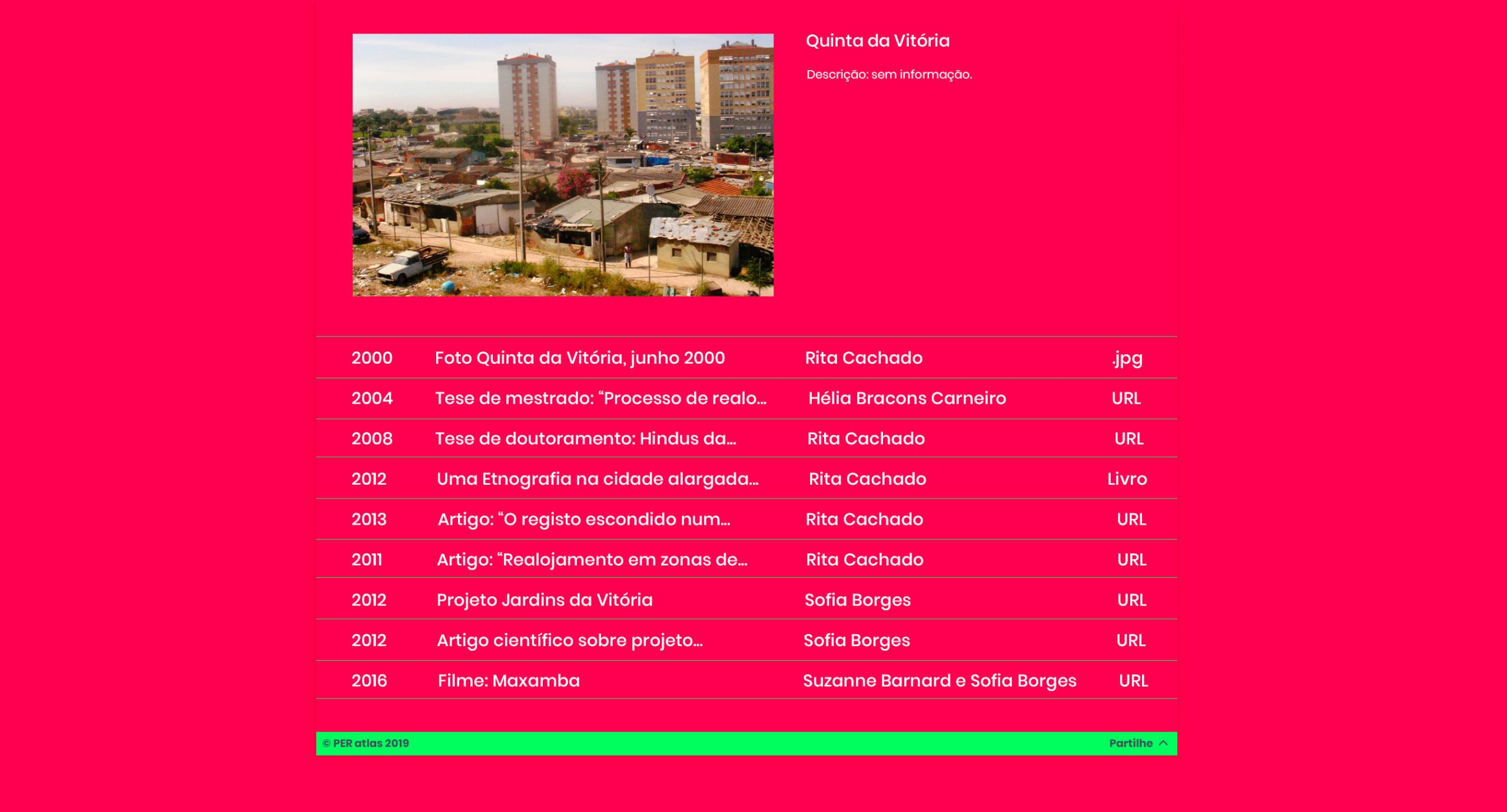